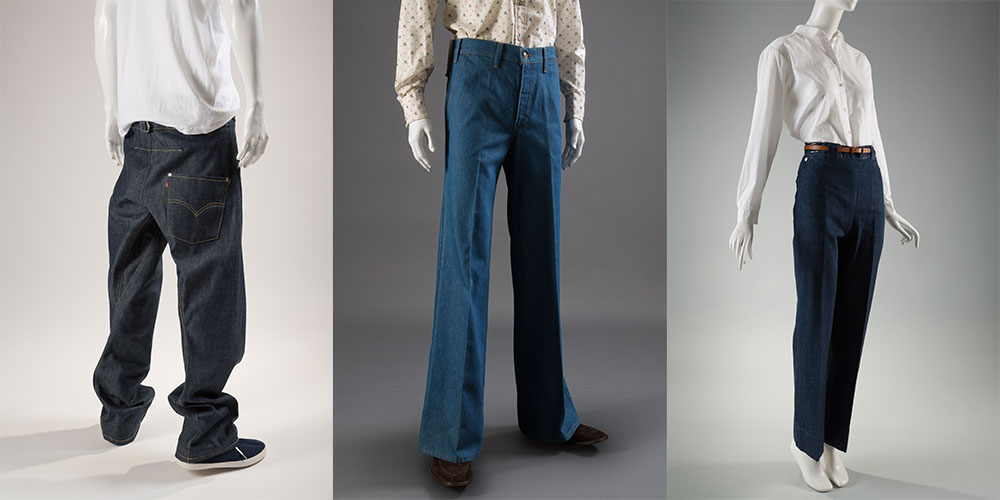 The 501® Jean in Fashion History: Insights from a New Denim Exhibit

When Emma McClendon first envisioned the Fashion Institute of Technology’s (FIT) latest exhibit, Denim: Fashion’s Frontier, she met with me at the Levi Strauss & Co. Archives in San Francisco to learn more about the origin of blue jeans. Levi Strauss & Co. manufactured the world’s first blue jeans—riveted denim work pants that were originally called “waist overalls.” This humble denim invention, renamed Lot 501® in 1890, revolutionized fashion.
The new denim exhibit in New York City features denim work pants from the 1840s to denim garments that could be seen on today’s hottest runways. It also includes a number of Levi’s® garments ranging from a pair of women’s 1955 Ranch Pants, 1970s “Movin’ On” jeans, a 1955 denim jacket and an early 2000s pair of Levi’s® Engineered Loose-Fit jeans.
Appropriately, Denim: Fashion’s Frontier includes a pair of 501® jeans, Levi Strauss & Co.’s original blue jean innovation. The 501® jean began as a work pant but became synonymous with Western cowboy attire by the 1930s and 1940s. Soldiers wore the jeans with t-shirts during World War II. Later, Marlon Brando wore 501® blue jeans in movies like The Wild One—the uniform of the rebel. In the 1960s, teens embraced the 501® and soaring sales in America and abroad in the succeeding decades stimulated a global denim sensation. The cultural impact of the 501® jean was so significant that in 1964 a pair entered the Permanent Collections of the Smithsonian Institution in Washington, D.C.
While researching the work of Yves Saint Laurent, FIT exhibit curator Emma McClendon discovered that Levi Strauss & Co. had won a 1971 Coty Award. As Emma explained to me, “The Coty Awards were the most prestigious awards in the American fashion industry—similar to the CFDA awards that are given out today. Levi’s won a Coty Award in 1971 for international fashion influence. This is really noteworthy because Coty Awards were given to high fashion designers. The fact that they gave an award to Levi’s signaled a huge shift in the industry.”
Could a pair of blue jeans really rival haute couture design? Absolutely. Time magazine recognized their revolutionary impact on the fashion world as we moved into the new millennium. In 2000, Time named the 501® jean the “fashion item of the 20th century,” beating out the miniskirt and the little black dress—a remarkable feat for a denim riveted work pant.
Denim: Fashion’s Frontier is on display in New York City through May 7, 2016 at the Museum at FIT. 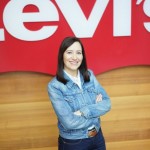 Tracey Panek is the Historian for Levi Strauss & Co. where she manages the day-to-day workings of the Levi Strauss & Co. Archives as a key corporate asset, answering historical questions, assisting designers, brand managers, executives and other employees whose work requires historical materials in the Archives.
Prior to joining LS&Co., Tracey spent 14 years as Historian and Archivist at AAA Northern California, Nevada & Utah where she managed a corporate history program for the 100+ year old company. She began her corporate history career at AirTouch Communications—today Verizon and Vodafone—a San Francisco based company that launched cellular service at the Los Angeles Olympics in 1984.

Sign up for the Unzipped newsletter to get the best of the Unzipped blog — company news and views, employee profiles, innovation and sustainability stories, behind-the-scenes and Archives highlights — sent straight to your inbox weekly. 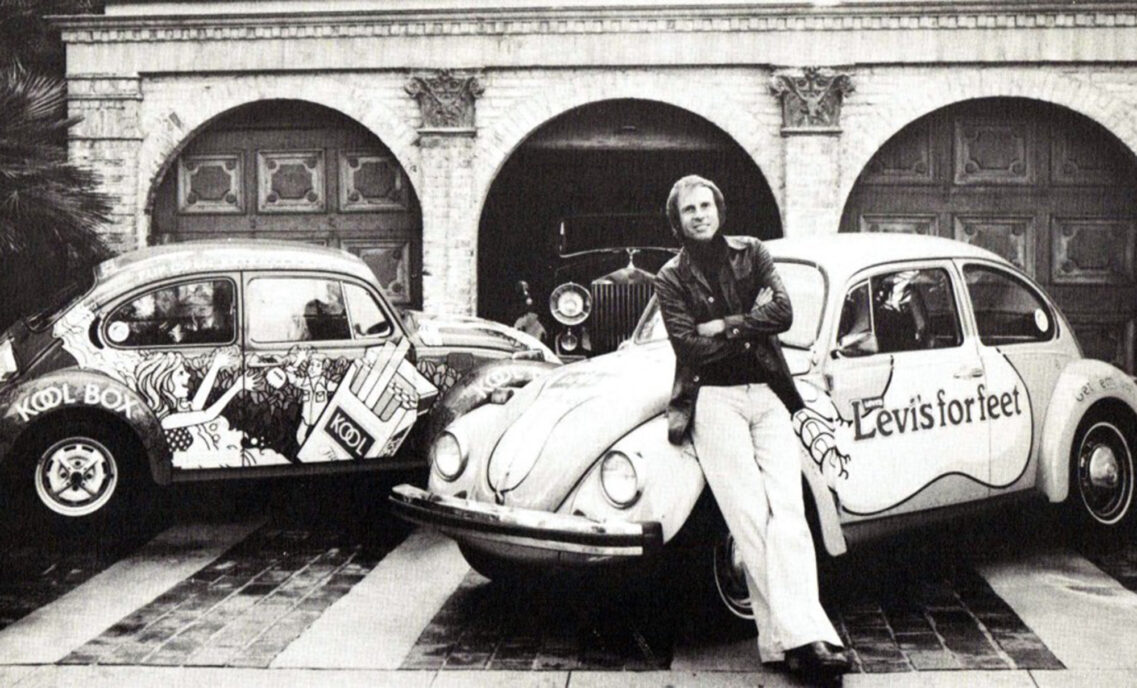 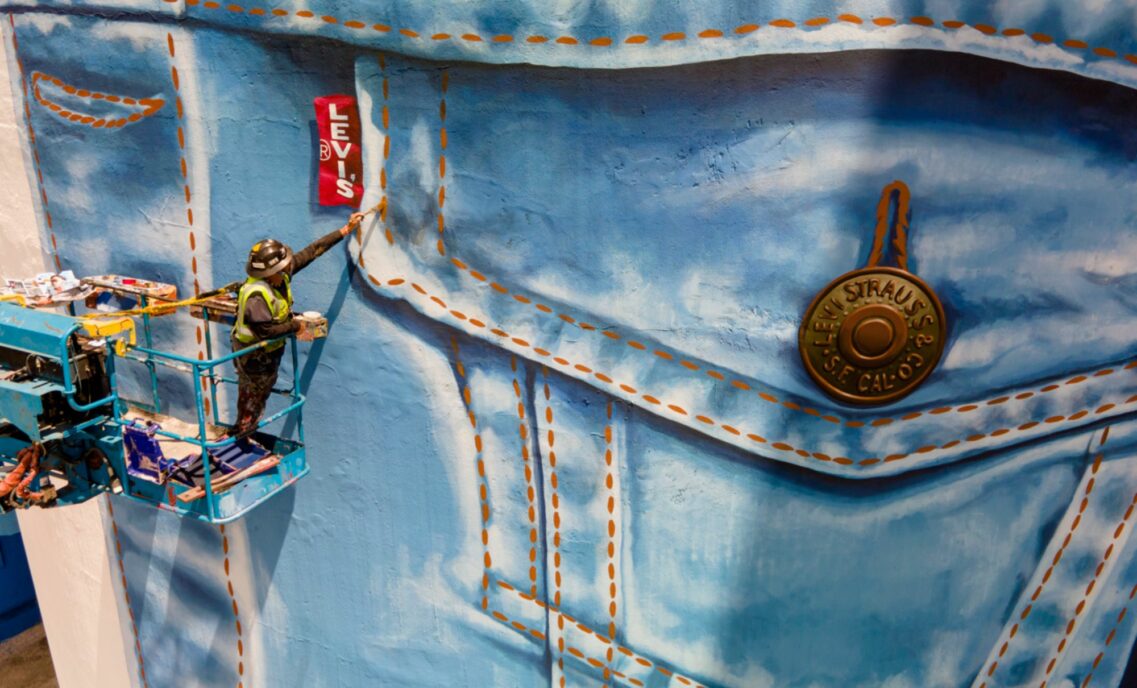 Heritage The Largest Levi’s® Jacket in the U.S. 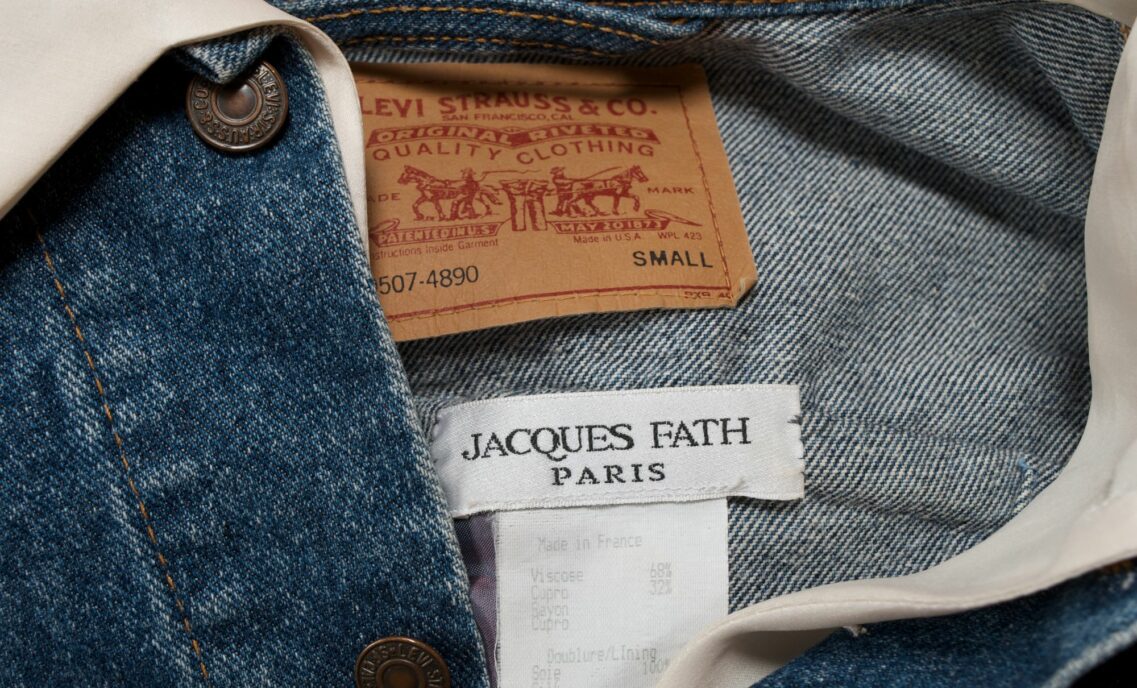