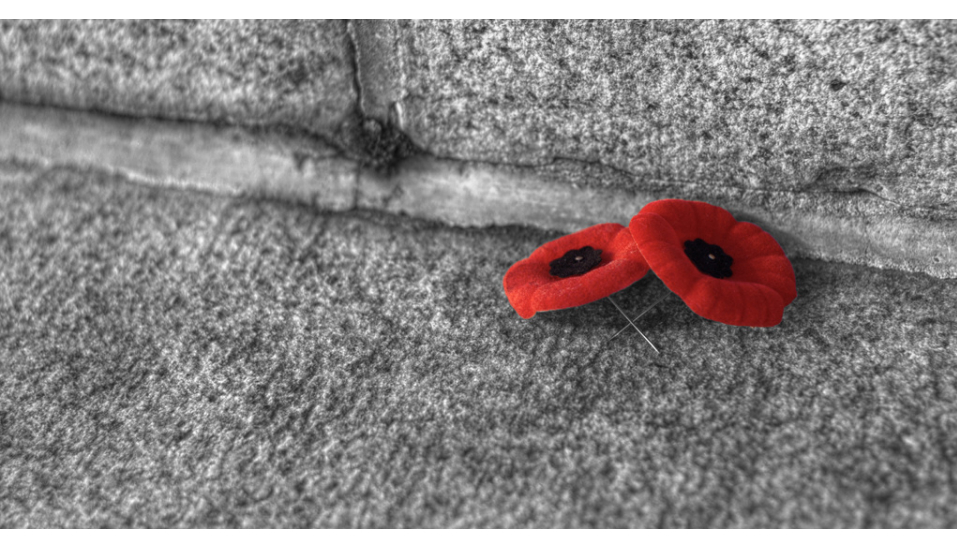 Today, we take a moment to recognize the contributions and sacrifices of our military veterans. At Levi Strauss & Co., we’ve had a close relationship with military, with veterans, and with their wartime service for more than 150 years.

It began during the American Civil War. In 1861 the United States Sanitary Commission was founded to help clean up unhealthy camps where Union Army soldiers suffered more deaths from disease than from battle. The commission opened hospitals, organized supplies and educated government officials. Between 1862 and 1865, Levi Strauss & Co. donated $1,800 to the Commission, which is worth over $30,000 today. 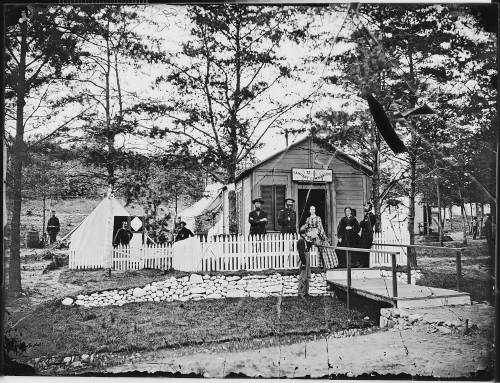 The U.S. Sanitary Commission supported sick and wounded soldiers of the U.S. Army during the American Civil War.

After the war was over, Union veterans organized into a group called the Grand Army of the Republic. They held regular reunions, called “Encampments,” and met all over the country. Wherever they went, the host city went all out to honor them.

In 1886, the 20th Encampment was held in San Francisco. Employees at LS&CO. headquarters decorated the outside of the building with colonial paintings of a soldier and a sailor, with a mammoth badge of the G.A.R. between them, and the words ‘Welcome G.A.R.’ with colored draperies flanking the pictures. 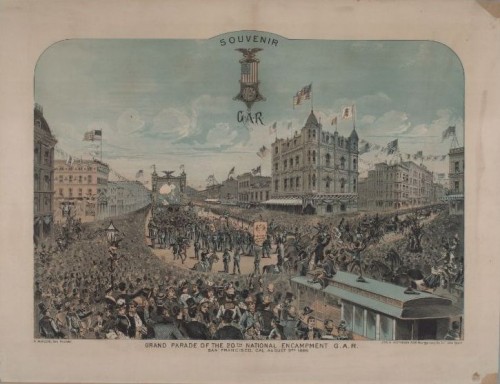 A postcard from the Grand Parade of the 20th National Encampment G.A.R. in San Francisco.

Levi Strauss himself was on the Executive Committee for the event, which raised funds for the veterans. The company provided financial support, and also won third prize for decorations.

LS&Co. was deeply committed to the military during the Spanish-American War of 1898. In May the 20th Kansas Infantry Regiment, en route to the fighting, was held up in San Francisco in substandard quarters without uniforms because of governmental red tape. Local merchants donated clothing, food and other supplies for the soldiers; LS&Co. gave the soldiers 60 sets of underclothing.

In July the company donated to the Patriotic Home Helpers, who helped the families of soldiers fighting in Cuba and the Philippines. And Levi also made sure employees who went away to fight still had their jobs when they came back to San Francisco.

The following year, the company donated to the Volunteer Medal Fund for veterans of the Spanish-American War. And in 1901, Levi himself gave $500 ($14,000) to a fund to build a monument in San Francisco to honor Admiral Dewey, who won a decisive battle in the Philippines in 1898, and to recognize the service of sailors during the war. Levi was in the audience on May 12, 1901, when president William McKinley broke ground for the monument, which still stands in Union Square.

Wartime has often influenced the products that LS&Co. has produced as well. The American military used sturdy khaki for its uniforms, and this caused a flurry of interest in the fabric after both world wars. LS&CO. had been making fine khaki trousers before World War I, but expanded its offerings in the years that followed. In the 1950s, Tab Twills were a popular khaki garment for American veterans attending college thanks to the program known as the G.I. Bill. 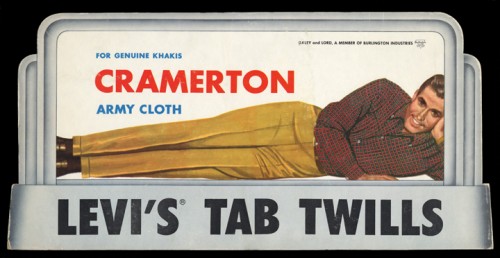 During World War II, American soldiers often took their Levi’s® jeans with them overseas, which they wore while on leave. This gave Europeans their first look at the jeans. Many an American G.I. made some extra money selling his jeans to British and other servicemen, eager to try the classic American garment.

Not everyone was happy about this, though. A colonel at an American base in Germany banned Army wives from wearing denim, and especially denim shorts, saying that this did not represent American values very well in the postwar world. The women, and anyone else who could manage to buy the jeans, disagreed with him.

In postwar Japan, soldiers wearing their Levi’s brand jeans and jackets during their leave eventually inspired the craze for vintage 501® jeans which began in the mid 1980s. Boys who grew up in 1950s Japan were surrounded by these men in their jeans, and when these boys grew up and had some spending money, they decided to collect what had been important to them in those early years: Levi’s jeans and jackets.

Thank you to all veterans for all you have done, and continue to do, to protect our freedom. 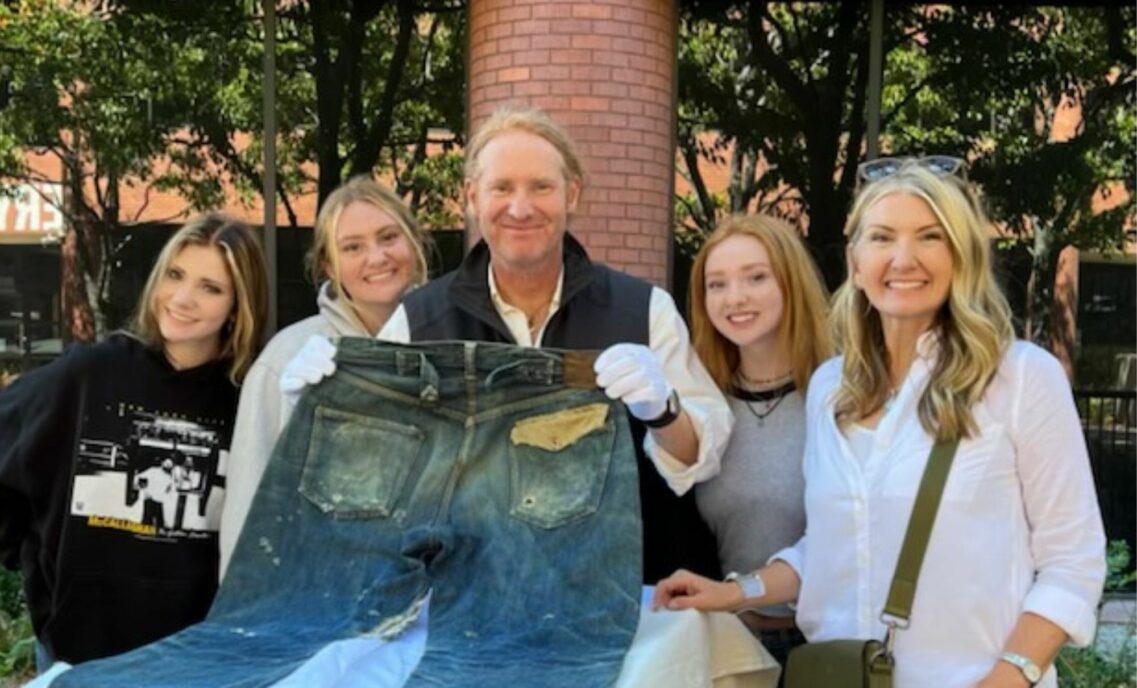 Heritage Revisiting Our Hunt for the Oldest Levi’s® 501® Jeans 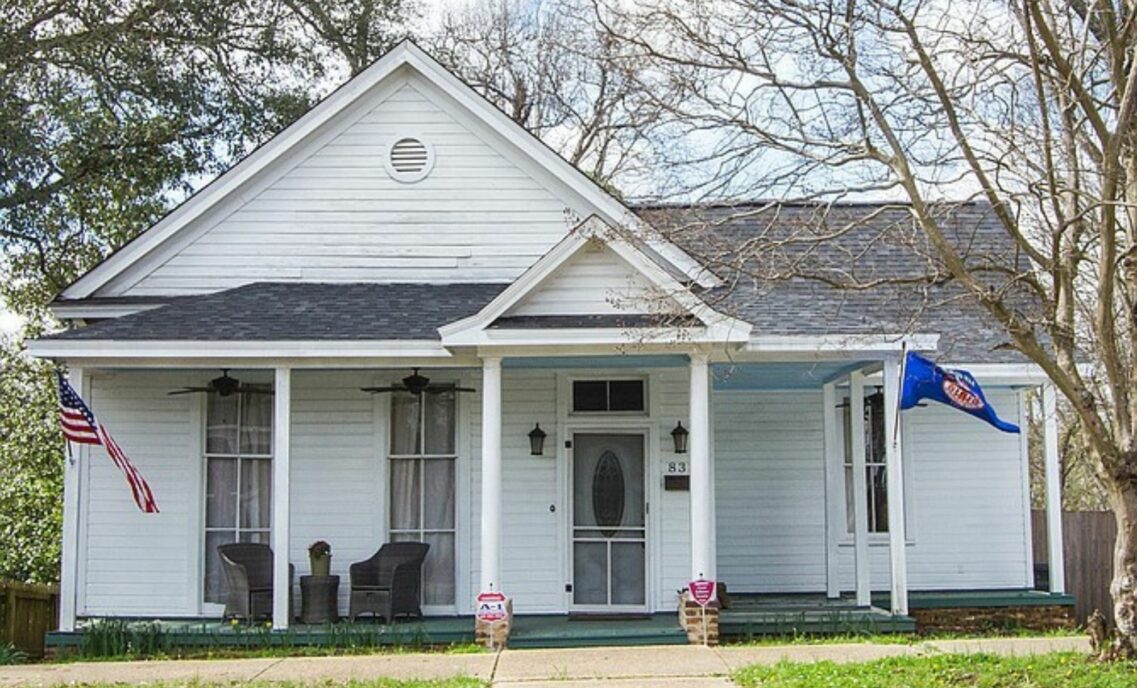 Heritage How LS&Co. Supported Mississippi Residents During the AIDS Crisis 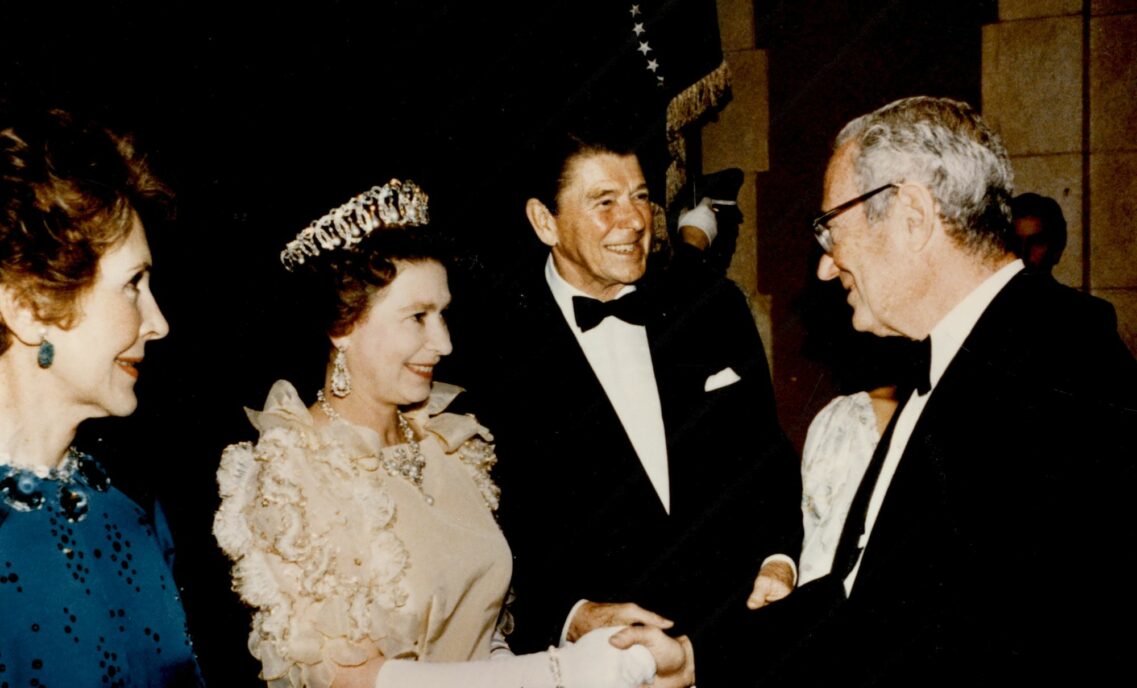