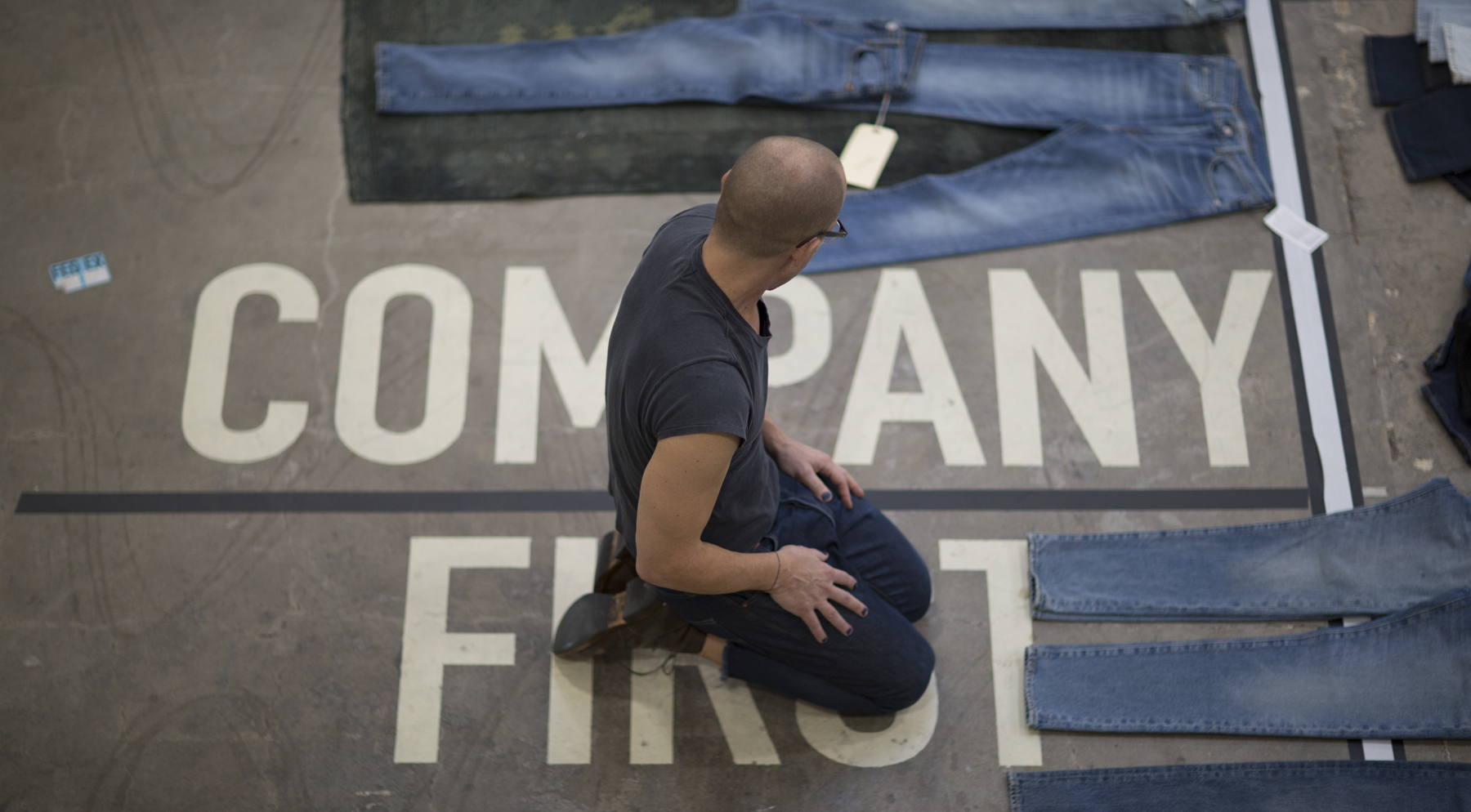 A denim revolution.
Authenticity, brought to you by technology.
The future of jeans manufacturing.

Since announcing Project F.L.X., our new operating model that ushers denim finishing into the digital era, the company has received its fair share of accolades – and inquiries.

By replacing manual techniques and automating the jeans finishing process, Project F.L.X. (Future Led Execution) radically reduces time to market, and puts us on a path to eliminate thousands of chemical formulations from jeans finishing, allowing us to deliver a cleaner jean that fully adheres to the Levi’s® standards of craftsmanship, quality and authenticity.

Questions are to be expected when you come out with an industry-changer, which is why we sat down with the man behind the team that brought forth Project F.L.X. – Bart Sights, vice president of technical innovation at our Eureka Lab. We asked Bart to address some of the bigger and more common misconceptions about Project F.L.X.

Q: As part of its innovative process, Project F.L.X. uses lasers to physically apply finishing designs to jeans. To clarify, we are not claiming that we invented lasers, correct?

Bart: No, we did not invent lasers. There are people who have been using lasers for 15 years or more, but the technology, like in every other sector, is improving every day, both in hardware and software. What we’re saying is we’re using laser technology in ways that it hasn’t ever been used before, and building this capability to have it in an end-to-end digital platform.

We are now able to make a digital file that, in our case, directs the laser to mark in a certain way. The beautiful thing about Project F.L.X. is our teams can quickly design the finishes on a digital tool, and we can seamlessly pivot that digital file into the finish development process … We have brought technologies into this that haven’t been used before. Now we can create a file that looks very authentic without using any manual applications to augment it.

There are digital tools out there, too. But the problem that we’ve seen with most digital tools for denim is that they are based on physics models – they’re renderings, where you scan or photograph a small swatch of a piece of fabric, and then you render that up into an image of a jean, or a jacket or whatever. The problem with that is when you take that small area, and then you expand that all over a pair of jeans with seams, it’s uniform, so it looks very fake. It looks sort of cartoonish. So, we had to build our own tool.

Q: So, we built an entirely new tool from scratch?

Bart: Totally. And we did it in a fairly unorthodox way, in that it’s not a rendering, it’s based on a digital file. We turned the problem back against itself and now we can visualize a very believable image of a jean finish without a physical sample – and that ability in itself is sort of groundbreaking, because it didn’t exist before.

Once we have that image how we need it – the designers decide how that image is best and most authentic – then we can create it using lasers. For us, we started with the non-negotiable that it had to be authentic. When you put that kind of guardrail up, it forces you to develop technology in order to serve that purpose, because we saw early on what a huge opportunity this could be if we could truly execute this disruption. We knew it could change the industry for the better.

Q: How do you define authenticity?

Bart: The Levi’s® brand is unapologetically authentic at its core. We had to maintain our authenticity and our finish authenticity, which is so valuable because most of the inspiration for finishing in general, all along, has been old Levi’s® jeans.

Q: The genesis of Project F.L.X. really started with an issue you identified in the finishing process, related to chemicals. Why was it important to address this in the first place?

Bart: We initiated an approach to chemical management called Screened Chemistry about two or three years ago. Traditionally, the apparel industry has approached chemical management from a risk-based assessment, meaning that you sort of accept the fact that you’re going to use some things that might be risky if not handled well. You try to avert the risk or you manage the risk by personal protection and protocols to handle things properly and such. The problem with that is, it’s hard to police.

So, we took a completely opposite approach, and pioneered this assessment to chemical management that is hazard-based. We weed out raw materials at the front end of the pipe by assessing them against 18 environmental and hazard end points. One of the first things that came up ‘red,’ meaning we had to phase it out, was potassium permanganate, which is an oxidizer we spray on almost every jean that we finish. So, we were frantically looking for an alternative, and laser was thought to be a possible alternative, though the jean had to be washed first. What started to materialize was that this could be a completely different operating model, where we do the wash first and then we stage those, even in mass production. And if we could rely on the digital file and the laser to do everything else, then we could delay the designation of finish until right before we have to sell it.

Q: How many chemicals are we now diverting from the supply chain with this?

Q: What other advantages are we not talking about today when it comes to Project F.L.X.?

Bart: It’s funny, for those of us who have made finishing a career, the biggest complaint all along the way has been, “You can’t do this consistently.” And now it’s ironic that people are like, “Oh, what if they all look alike?” Well, that’s what we’ve been trying to accomplish for 30 years.

Our company, and the industry, has gone to great lengths to build systems to make sure that when you unleash thousands of people with sandpaper on jeans, that everyone does it the same way. Now we’ve kind of cracked that. They’re going to be consistent.

Think of it this way – let’s say we have seven different finishes of the Levi’s® 711 jean in a medium stretch. The thing that is lost on most people is the production pattern for each of those finishes when in ‘cut and sew’ had to be different, because the recipe was different, which means when you went to buy a 711 in the stocked dark wash and you liked it, then you went to buy it in a light wash, it might not fit exactly the same because the shrinkage might be slightly different, even on the same fabric. Project F.L.X. totally takes that off the table, because there’s only one pattern. 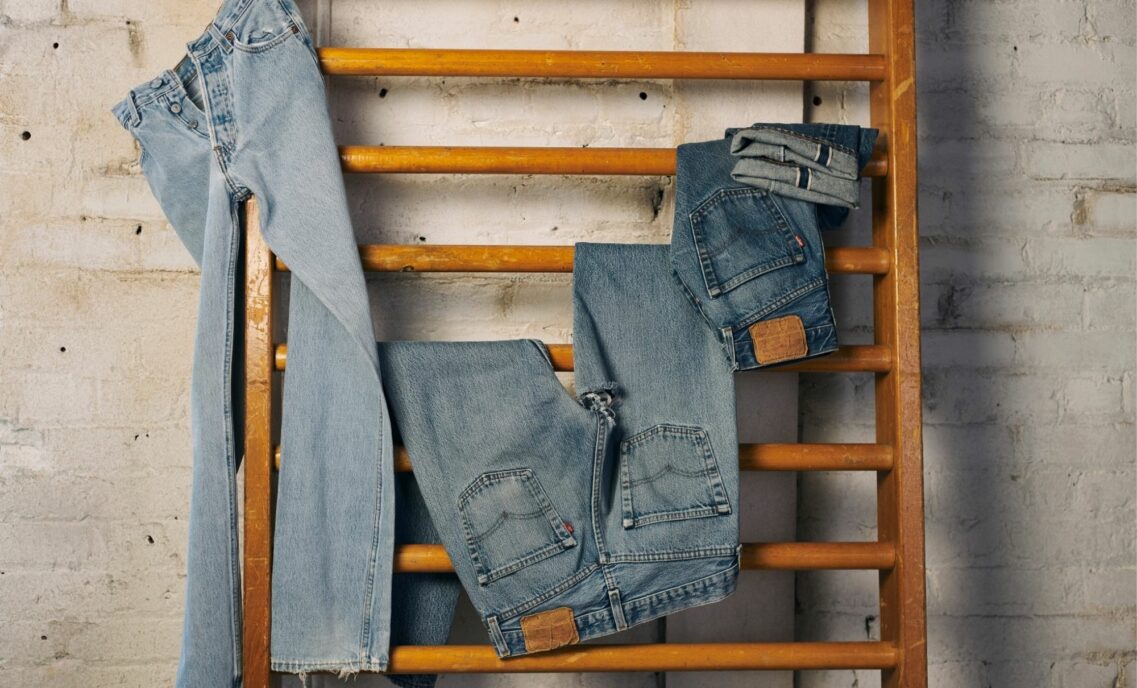 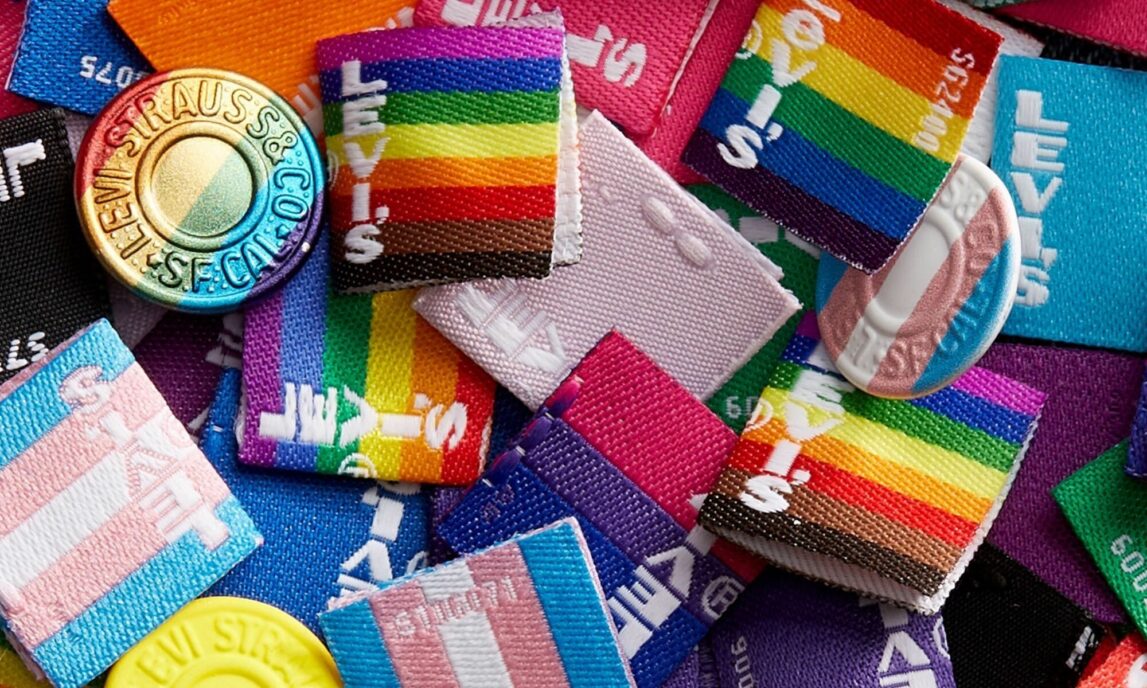