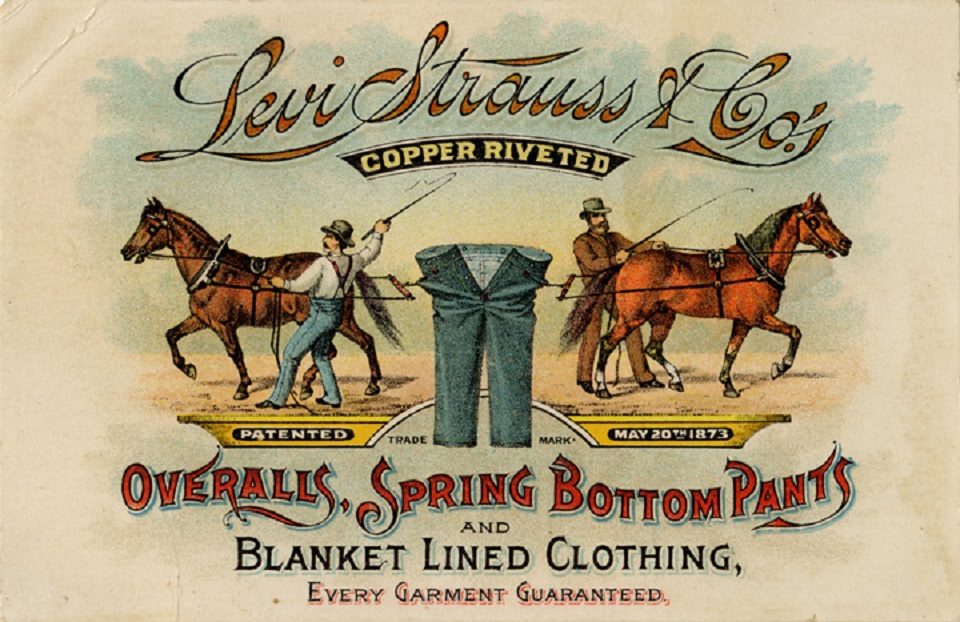 Horse Power: The Story Behind Our Jeans — Literally

The Kentucky Derby is this weekend, and while we do enjoy the occasional julep and fabulous hat, our favorite ponies can be found much closer to home: on the back patch of our jeans.

The image of two horses straining to tear apart a pair of pants is one of the most recognized trademarks in American fashion. And of course, those pants are Levi’s® jeans, invented by Levi Strauss & Co. in 1873, when the first denim work pants with copper rivets made their debut. The company first used the memorable trademark on the jeans’ leather patch in 1886. And although LS&Co. lost its historical records in San Francisco’s earthquake and fire of 1906, we have a few good ideas why this design was created.

Levi Strauss & Co. held the patent on riveted clothing — which meant we were the only company allowed to use this new technology — until 1890. After that, anyone who wanted to make riveted clothing could do so. Soon, other workwear brands such as Non Pareil, Can’t Bust ’Em, and Boss of the Road started showing up on store shelves.

They all had their all unique logos, but no one had an image that depicted strength and quality more clearly than the Two Horse® design. Using this trademark was a way of saying not only that we created the first jeans but also that our jeans were the strongest and most durable.

It’s also possible that the design served another purpose. LS&Co. knew that not all consumers spoke English as their first language and that not all people were literate. The design would help these consumers identify the product on the shelf even if they couldn’t read the name on the patch. They could walk into a store and say, “I want a pair of those pants with two horses.” In fact, before the word Levi’s® was registered as a trademark in 1928, the famous original jeans were called the Two Horse® brand. 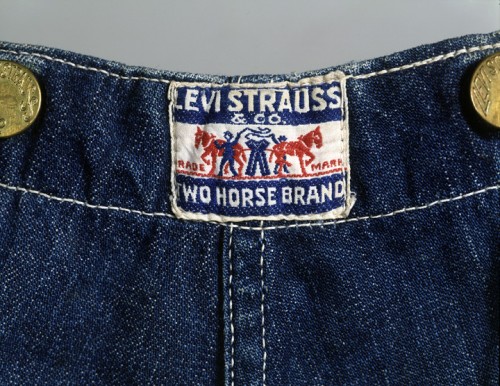 The design was used on the leather patch of the original 501® jeans and on the linen patch fastened to the value version of the jeans beginning in 1890, and it also appeared in print. For example, at the time, many companies printed trade cards: illustrated cards that showed off important products. These were gifts with purchase, and people collected them and pasted them into scrapbooks, much as they did with baseball cards. LS&Co. printed a series of trade cards around 1899, and one featured a beautiful, full-color version of the Two Horse® design.

The design went global very early. The company registered the Two Horse® trademark not only in the United States but also in Australia, South Africa and Japan by the early 20th century. We can’t be sure if our products were sold in these countries then, but the company did not want someone copying their famous logo, however remote the possibility or location.

Nearly 130 years later, the Two Horse® design remains essentially the same, instantly recognizable design as it did for those cowboys, ranchers and miners who wore the very first jeans. Loyal steeds, indeed. 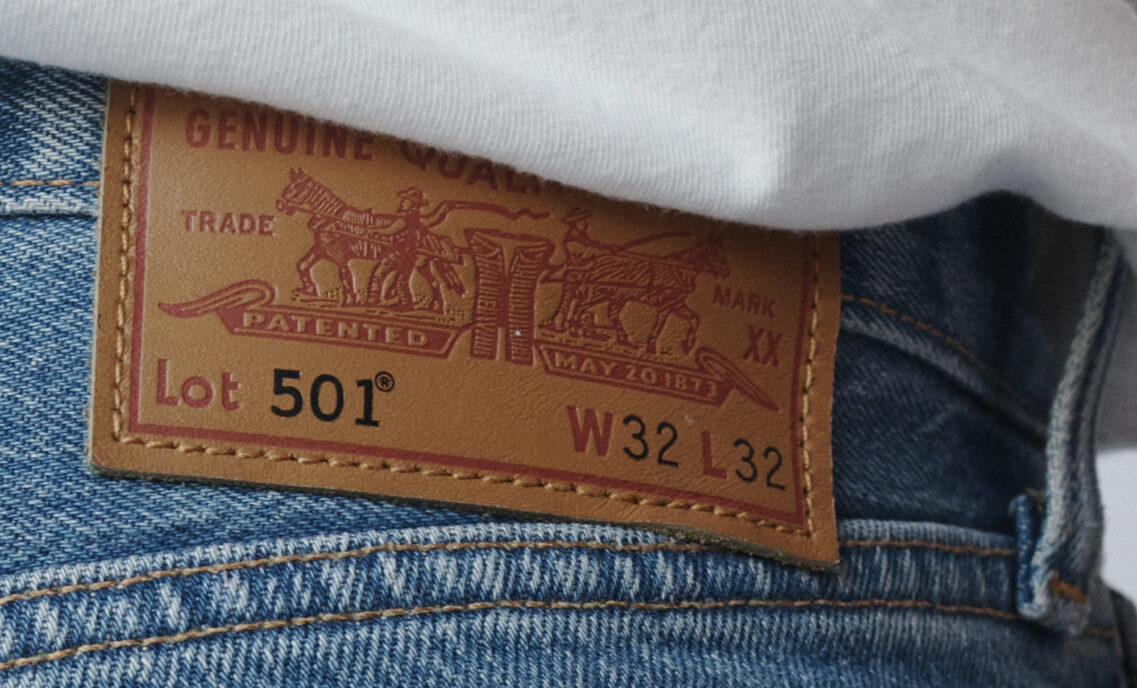 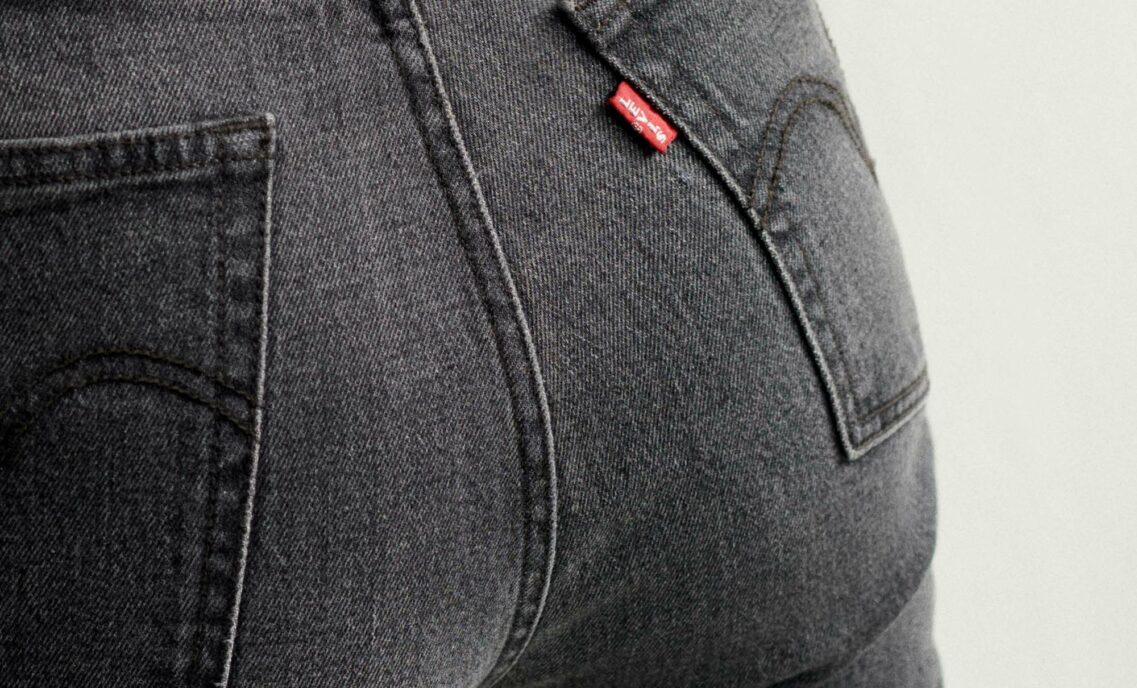 Heritage The True Story Behind the Debut of Black Jeans 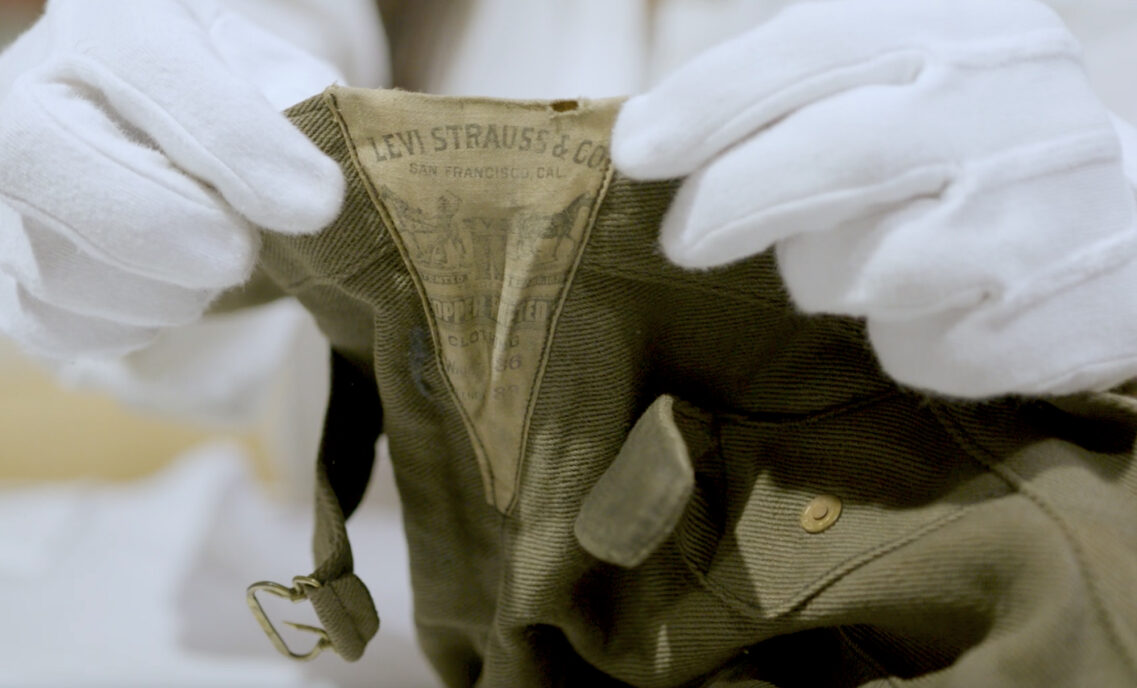